The All Party Parliamentary Group on Education Governance and Leadership’s December meeting was held on Monday the 8th December in Committee Room 6 at the House of Commons. The meeting focused on two main topics. The first was the 20 questions every governing board should ask itself – or actually a revised version of those questions, which are detailed here in a post from July 2012. There was some debate around the wording and scope of the revised questions – they’re not included in this post as they will be (re-)released in January 2015.

The second and main focus of the meeting was on Neil Carmichael’s School Governors (Appointment) Bill 2014-15,introduced under the Ten Minute Rule on the 28th October 2014. You can read the transcript from Hansard – and although Ten Minute Rule Bills allow for a response to oppose the Bill, none was made. Neil (who chairs this APPG) said at the outset that it is quite possible that this Bill won’t become law, but that it could influence subsequent legislation around governance – so it would effectively act as a pathfinder to enable more substantial legislation to be enacted. In attendance were Lord Nash, Emma Knights from the NGA, Nick Knight from Inspiring Governors, as well as representatives from The Key Governor Support, SGOSS, local authorities, academy trusts, local governor associations, NAHT, ASCL, the FE sector and others. 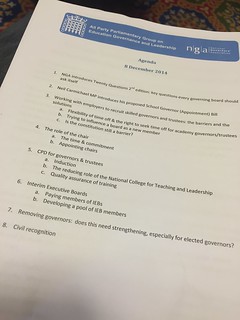 The agenda for the APPG on Education Governance & Leadership, 8th Dec 2014

Neil Carmichael led the meeting through the various elements of the Bill – you can see them in the image on the right (click to enlarge). They’re listed below – with notes taken from the discussion around each point accompanying it in italics.

1. Working with employers to recruit skilled governors and trustees: the barriers and the solutions

2. The role of Chair of Governors

Lord Nash: it's perfectly acceptable for a GB to recruit someone from outside their number & vote them as chair-Lord Adonis agrees with this

3. CPD for governors and trustees

Observation from an NLG that, since the restructure of @the_college, NLG work has become more research-based and less hands-on… 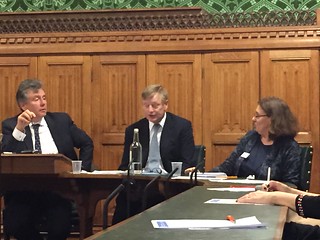 Discussion on the ideal size of governing bodies

@ModernGovernor eye to eye with Lord Nash on most gov'ce matters, but not on size! Needs to look at range of evidence, not just Pimlico EK

Lord Nash: if you are a governor & need training to maintain the reputation of the GB & won't take it, you can be suspended for 6 months #fb 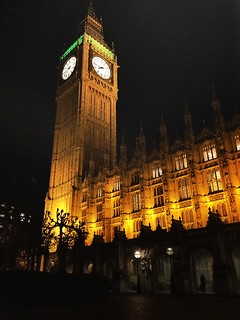 Before going in to Committee Room 6, there was speculation among those waiting outside regarding how interactive the meeting would be – based on previous experience of APPGs, some said it would be a lecture with little room for discussion. Refreshingly, Neil Carmichael MP wanted to make use of the expertise, experience and wisdom of those in the room, and anyone who wanted to contribute could, subject to the usual time constraints of a meeting. If this Ten Minute Bill is intended to influence subsequent and possibly more substantial legislation, then engaging with and influencing it could have significant outcomes for the legislative framework for school governance in the future.

If you feel that it should be given wider support, then you can write to your MP, or even ask them to attend the APPG on Education Governance and Leadership:

@ModernGovernor @neil_mp Hope governors have written to their MP's & requested them to attend. I have!

The next reading is on the January 23rd 2015 – if you want to keep up-to-date on progress on the bill then you can sign up for email updates from the Parliament web site. The Modern Governor blog will cover the updated 20 Questions when they’re released in the New Year.

If you attended the APPG meeting or have any reflections on this, please add a comment, or respond to the tweet of this blog post if you’re on Twitter. Any comments will be published below, and this post will be updated with any tweets.